Hello, everyone! This is Matthew again. Sorry to mix things up on you, but we’ve switched nights so I can pay attention to the Doctor Who series nine premier – which I will be watching “live” for the first time! Yes, people … I’m a Whovian. Embrace the geek.

On a frustrating note, we will be unable to attach photos to this blog or post our venue reviews, as our Hotel’s internet connection is being unreliable … yet again. We will get them posted as soon as possible. Now, on to the rundown of today’s activities.
To start things off the right way, we made a coffee run to Costa Coffee, which seems to be the UK’s Starbucks equivalent. It wasn’t bad coffee, by any means … but I could sense the corporateness in the air. We both ordered americanos, as they did not offer a standard drip coffee. We’ve come to realize that drip makers are just not a thing over here. Several of them offer filter coffees brewed to order, but they are generally quite a bit more expensive than most of the other drinks on the menu.
Click here for our review. 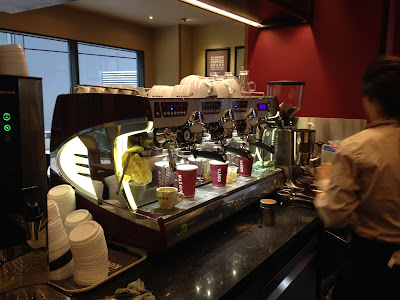 We sat in Costa for a few minutes to enjoy our coffee, then headed on our way.
We had a bit of free time scheduled into the itinerary, so we took a wander around the Piccadilly Circus area. There are so many neat statues and sculptures at random intersections or along fence lines in the strangest of areas. Crests are absolutely everywhere, and it’s awesome. 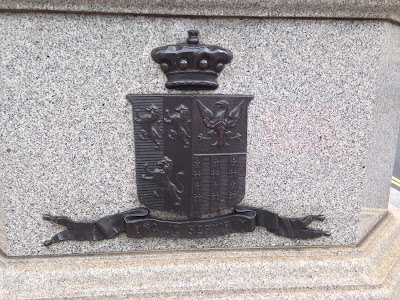 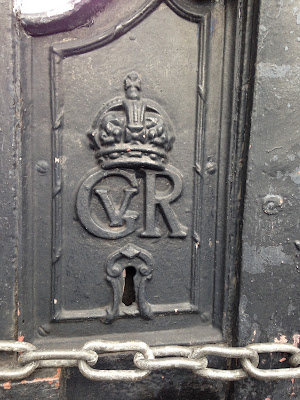 Valeri and I were discussing whether or not this would still be in practice in the more modern monarchs’ reigns. There are plenty of ERII seals around the city, but most of them are on bollards, lamp posts or gates … not many on statues. Will this die out or will the next few generations of the Crown continue to add to the array of ornamentation?
We were still a bit too early for our next scheduled event, so we kept wandering and stumbled across the changing of the Rear Guard, which was quite a production. 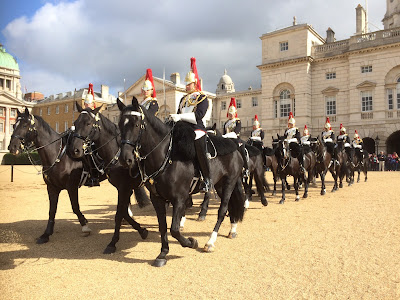 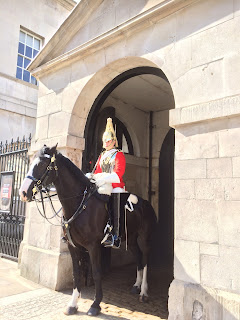 One of the oddest things we encountered during our free time was a young Sherlock Holmes forming big bubbles in the middle of Piccadilly Circus with a fancy bubble-making contraption. 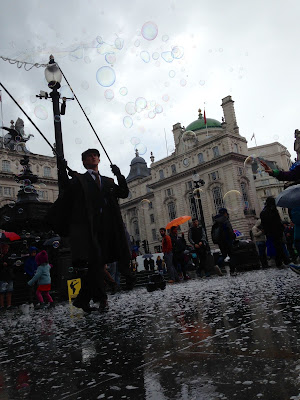 We then headed to grab a bite to eat at Planet Hollywood. The place was covered in memorabilia – which included two whole walls dedicated to the actors who have portrayed James Bond and the actresses who have portrayed the Bond Girls. We simply weren’t all that hungry, so we split a Garlic Pizza … which turned out to be little more than very thin pizza dough covered in oil and a dash of garlic, then fried. Not terribly exciting, but it was something to munch on. Click here for our review. 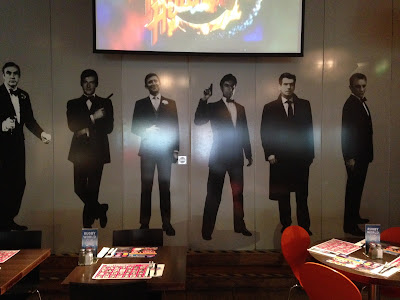 After our snack came the important part of the day – the James Bond Walking Tour of London. It was about two hours packed full of very interesting facts and great photo opportunities. Our tour guide provided great insight into the life of Bond’s creator, Ian Fleming; showed us a ton of filming locations; and even provided some behind-the-scenes photos of the SPECTRE filming. Click here for our review.

It was a very neat tour and comes highly recommended by the Pearons!
It was food time again, but there was bad news … I had forgotten to bring cash for our scheduled eatery, as they did not accept cards … so we had to make some changes. We found a place called Nando’s. Now, we think Nando’s is a small chain, and eating there breaks our rules (no eating at chains/fast food while on vacation) … but it was worth breaking them. 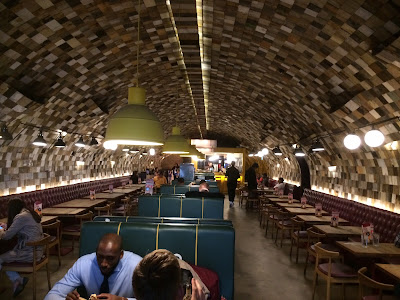 They serve chicken and chicken-based dishes, but the way they spice it is absolutely phenomenal. Valeri ordered 1/4 Chicken with mashed potatoes and chips (not crisps, mind you), and I had a Lemon and Herb Chicken-stuffed Pita. 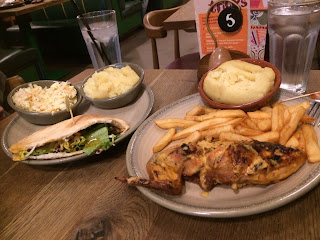 Our next scheduled event was the Apple Store. What a facility that was! It was in the middle of Covent Garden, so the building was very, very old … and everything housed within was very, very new The contrast was great. The place was crawling with Apple Care people who seemed very friendly and eager to help, and had some pretty neat gadgets laying around.
Click here for our review. 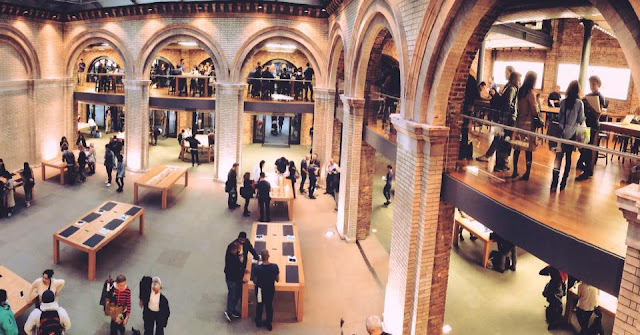 We didn’t have any structured plans after the Apple Store, so we just walked around. Rugby season had just started up, so the pubs were packed to the streets with people cheering and carrying on, which was very cool. While passing through Trafalgar Square, we stumbled upon Malaysian Night 2015 and got a video of one of the performers singing his rendition of Adele’s Skyfall. There were a lot of people, and a lot of good smelling food, so that was a great way to end the night. 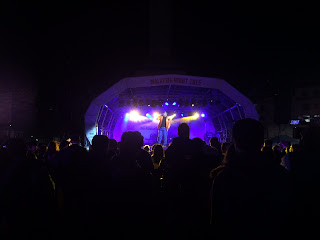 Again, we are so sorry about not including photos … those will come as soon as we can get them posted! Now, it’s getting pretty late here, and my eyes are beginning to get heavy, so I’ll leave you in peace and go ahead and catch some rest before tomorrow’s adventures come knocking at our door. A little spoiler for you: There will be bicycles, there will be penguins and there will be fancy dress. You figure out the order.
“Why, Sir, you find no man, at all intellectual, who is willing to leave London. No, Sir, when a man is tired of London, he is tired of life; for there is in London all that life can afford.” – Samuel Johnson, 1777