Day Four of our Emerald City honeymoon has come to an end.
It was a long, but fun day. We began our day by riding the monorail to the Seattle Center, then we made a mile trek to Kerry Park. The mile trek may seem like a lot, but I (Val) thought it would be easy since we’ve walked that much throughout downtown. I was wrong. The walk ended up being mainly uphill…and when I say uphill, I mean UPHILL. Matthew thought I was trying to kill him and now it is a little bit of a sore subject.:) Oh and a little sidenote…about halfway up the gigantic hill, I asked for a piggy back ride – He refused and gave me the death stare. Not very nice…
After surviving the crazy climb to the top, it was a rewarding view of Seattle. No words or pictures can really describe it, but I’ll post a few below. 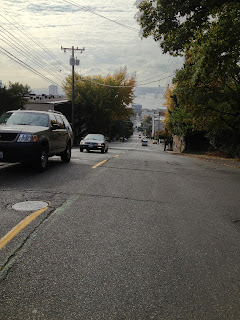 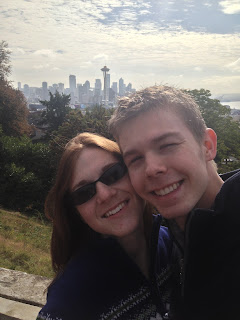 To the left is the hill that almost killed Matty.

Here is the the two of us with Seattle in the background.

After spending some time overlooking the city, we made the long journey back to downtown to spend some time at the Seattle Aquarium. There are WAY too many things to say about the aquarium and instead of boring you with them, I will let pictures speak for themselves on this one. 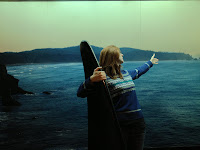 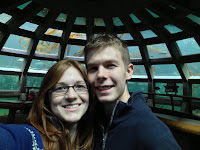 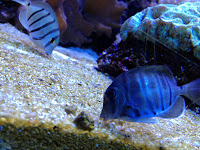 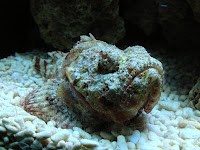 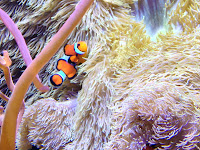 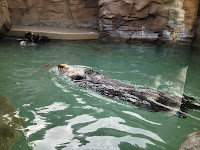 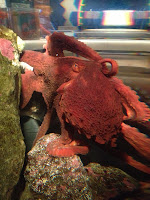 Those were some of our favorites. As you can see, we found Nemo and I got to ride an Orca…etc.
We also have videos, but YouTube is giving us a hard time right now, so we will try to include those in tomorrow’s post.
The videos we have include more than just aquarium stuff…it seemed like every time we turned a corner, there was something to video because a picture just simply wouldn’t do it.:)

Our phones were about dead from all the picture taking, so we had to charge them for a bit. While they were charging, we got a beautiful sunset that we took a picture of… 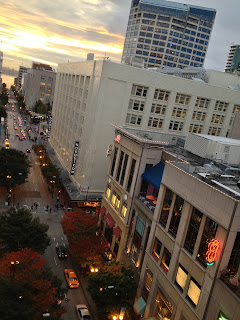 The Seattle Public Library has been calling our name all week, but we just hadn’t found the time to go look at it. We decided that tonight was the night, so we walked a few blocks to the library. This building was absolutely gorgeous. I mean, even if you are not a fan of reading or studying, this building would interest anyone just by all it’s bright colors and different textures. Not one room was the same. The elevators were lime green (along with the escalators) and there was an entire floor that was bright red. The floors were all different in color and texture (some carpets, some woods, some metal). 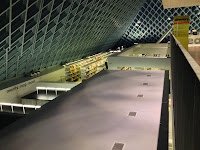 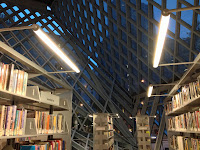 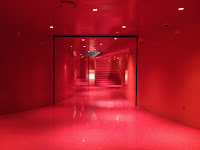 Our next stop was dinner at P.F. Chang’s.
I will tell you right now that I am NOT a fan of Asian food…the smell is always too strong and I’m always afraid that I am really not sure of what I’m eating. The only Asian food I enjoy is Dragon Kitchen in Jeff City (actually mainly their mozzarella sticks and green beans) and Wok ‘n’ Roll on the Bagnell Dam Strip in Osage Beach.
However, this food was spectacular! We enjoyed every bit of it. So, if you are ever around a P.F. Chang’s, you HAVE to eat there. 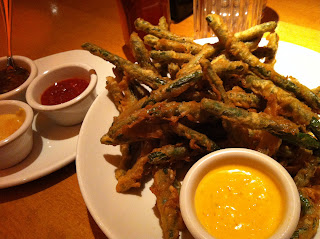 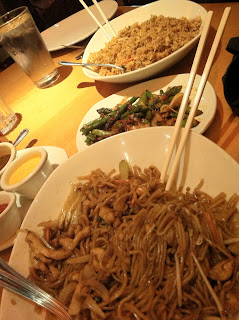 To the left is our appetizer: Fried Green Beans and a few sauces to go with it.

There were so many little things that also happened throughout the day, but writing about those would take too much time and might also bore you. However, I did post those to my Facebook such as the Bill & Melinda Gates Foundation, Matthew not sharing his malt with me and a few other things.:)
Thank you for reading the blogs we’ve been posting. We enjoy sharing our daily adventures with you all.