We are now on honeymoon day three of five…just over halfway over. It’s been a very exciting trip so far and these are the adventures of today day. We will each be writing one half of the blog tonight, so pay attention!

We, once again, started off at Pike Place Market this morning and returned to a little cafe we had noticed yesterday called Soundview Cafe. The food was amazing, but the coffee…well…not so much. It was amazing to me to find a restaurant in the Coffee Mecca of the U.S. that had bad coffee! We are going to try out some of the local brew (coffee, not beer) tomorrow morning. :) Our food selections are pictured below. Val had the Triple Double, which was French Toast, Scrambled Eggs and Sausage Links. I had Salmon Eggs Benedict. The breakfasts were both delectable! 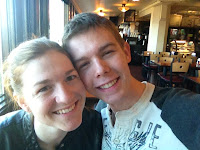 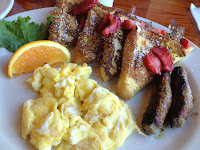 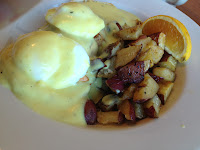 After breakfast, Val and I headed down to the waterfront to try out the Ferris Wheel. It was absolutely massive…it had to be in excess of 100 feet tall! The individual carriages were fully enclosed and air conditioned, and the seats were padded, so it was a pretty comfortable ride.The view from the top was AMAZING! 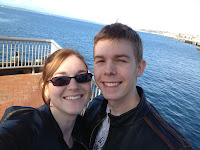 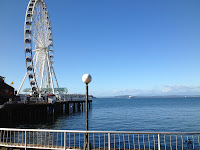 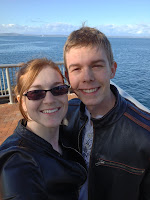 I’m relinquishing the controls to Valeri, so stand by…
The Museum of Flight was something we were both really looking forward to and it most definitely didn’t let us down. It took us quite a while just to get through the space section and onto the planes. There was so much to look at that we didn’t really know where to start. One thing that Matthew really wanted to try was the flight simulator. We took some time to “train” and then got into the simulator. Matthew did the flying while I did the gunning. I didn’t shoot down one plane. :(  (But I blame it on the pilot…) 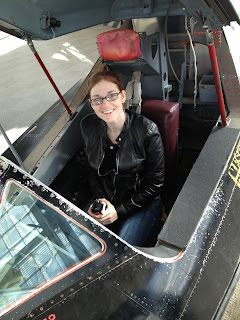 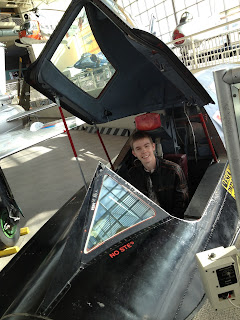 After walking underneath a few planes, we got to sit in a couple of the cockpits.
Crazy that the plane is so huge, but you have very little room to sit once you’re in there.
After seeing all the planes inside, we went to the Airpark across the street to see the Concorde and Air Force One. This was one of my favorite parts to the Museum of Flight. Air Force One was pretty awesome and it gave little insights to Kennedy and a few other presidents. For instance, Lyndon B. John always complained about the temperature in the plane, so they put a Fake Temperature Adjustment switch just to fool him into thinking he could adjust the temperature. Cool little interesting tid bits all over the place made for an interesting 15 minutes inside both these planes. :) 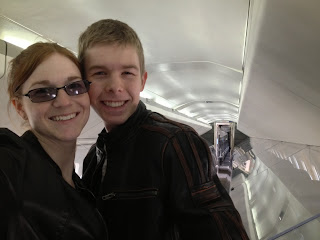 Matthew and I inside the Supersonic Airliner, the Concorde. This plane seemed so small when walking up to it…I didn’t think I was going to be able to stand when inside. But I was wrong and it was really neat getting to see it all. 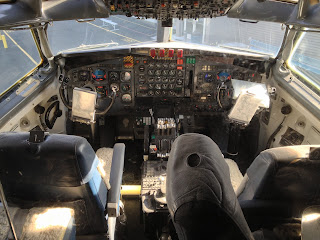 This is the Air Force One cockpit. We were so enamored while looking at the rest of the plane that we forgot to take pictures while walking through it. :(
This plane was more than just “neat”…it was a fantastic look inside a historic plane.
Once we were finished with the museum, we decided to head back into the city. I forgot to tell you that we took a taxi out to the museum, which was something we had not experienced yet. The stereotypes of taxi drivers are true by the way…
After waving down a taxi, we made the drive back into the city. This taxi driver didn’t seem as cautious as the other one, so we were a little nervous at times…but we made it back safely.
For dinner we decided to eat at The Cheesecake Factory just a block from our hotel. The food was delicious, of course, and the atmosphere was lively. Matthew ordered the Chicken Bellagio and I had the Old Fashioned Factory Burger…yes, I know a lot of you are surprised with my choice. However, this was my first cheeseburger order in 3 days of eating out…so I give myself a good pat on the back.:) 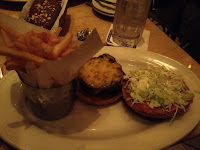 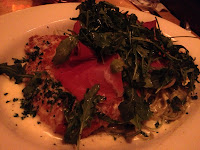 I’m sure, of these two photos, you can tell which meal belongs to whom…

That concludes our third day here in the wonderful city of Seattle. We’re glad you are all enjoying the photos…we’ll keep them coming!