Hello, this is Valeri.
I’m just sitting here with my feet up in our hotel (boy do they hurt) waiting for the series nine premiere of Doctor Who to come on at 7:40 p.m. I know you’re all jealous … and you rightfully should be.
Anyways, more on Doctor Who later tonight.

We began our morning heading to the London Zoo. We decided to bypass the coffee shop we had originally planned to visit because it involved two buses and we just didn’t want to have to deal with trying to catch the right one, etc. The bus schedules here aren’t fun, so we prefer the tube.
So we decided to find coffee on our way to the zoo, which is beside Regent’s Park, near Camden Town. We hadn’t been to Camden Town yet, but liked walking through it. We saw on a map that there was a coffee shop right in the middle of Regent’s Park, so we decided that would be our spot. 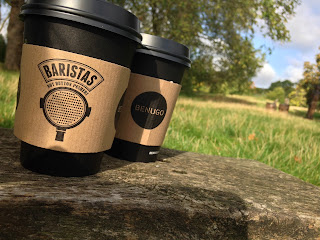 I’m very glad we got our coffee there. It was a beautiful park … well, really, we have yet to find a park here that isn’t beautiful. They all make you feel like you’re in the country rather than smack dab in the middle of London … and they’re huge. Also, there are no leash laws here, so most owners let their dogs run free. It’s a neat thing to see dogs just running all over the park. I wish I could snap a picture that showed exactly how I see it, but it’s something you just have to see in person.
After we got our coffee, we sat on a bench in the park and people watched. The zoo didn’t open until 10 a.m., so we had a good 40 minutes to kill.
The park was full of many young soccer players. We guessed they must have been having a Saturday morning tournament of some sort, so it was a good morning to be people watching.
After our time was up and Matthew had not only drank his coffee, but also about half of my coffee, we headed to the zoo.
The zoo sadly was not as good as what we were expecting. We both agreed the St. Louis Zoo is notches above London’s Zoo. I probably could have stayed at the giraffe exhibit (which was the second thing we saw) and would have reached the highest level of excitement from that place. Click here for our review.
After about an hour, we decided to head back to the Camden Town Underground Station to head to our lunch spot, Delhi Grill.
The station was about a mile from the zoo, so we decided to rent Santander Cycles instead of walking. I was very nervous to be riding them because here, bikes are rode on the streets (with the cars) and do not use crosswalks (you have to wait at the light with the cars). So I was nervous we’d forget about the cars and end up losing a limb.
The bikes were loads of fun and easy to use … and we made it safely to Camden Town, but were very short of breath.

**Sidenote: We’ve learned a few things about being out of shape.
1. You can’t simply go from walking 2,000-5,000 steps a day to 15,000-30,000 steps a day without a slow progression.
2. If you do make the mistake of doing No. 1, it feels like your body ages overnight. We are both in our late 20s, but have started feeling like we are much older. Matthew’s hip has starting aching (since day four) and my right knee started aching (since day three).
We tip our invisible hat to anyone who lives in a city and does this on a daily bases. It’s day eight and we have yet to adapt … still hurting.
I’ll just say it for you … we’re a couple of sissies.

Since you rent the cycles for 24 hours, we ended up riding them again later in the day by Buckingham Palace. We tried taking a picture while riding and about crashed. We should have known better because we are clumsy people on our feet, let alone on a bicycle. 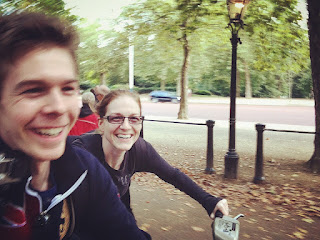 We made sure to turn on the GoPro, so hopefully we’ll be posting that later.
We eventually made it to Delhi Grill, which Matthew was excited about because they have kabobs. I can’t remember exactly what we got because it was hard to pronounce (we mainly pointed at the menu), but he chose two kabobs – chicken and beef – while I chose rice, chicken (covered in a curry-like sauce) and lentils. Click here for our review. 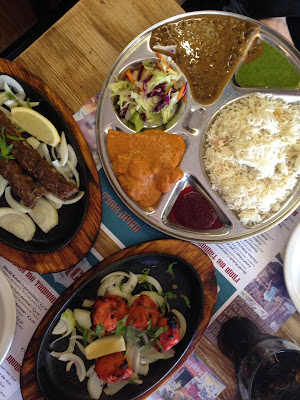 We enjoyed what we ate, but it wasn’t something that will probably be memorable when it comes to our food experiences over here. In my book, still nothing beats BiBimBap and Nando’s.
From there, we got back on the tube to head to the SeaLife Aquarium. We had bought our tickets online, which we assumed would speed up the process for us at the aquarium. It did not. We were in line for about 30 minutes.
Added to the wait time, we went in with about 100 others, which makes it extremely difficult to see the sea life exhibits and to navigate the narrow passages. We were also not impressed with the exhibits. We saw one sea turtle (other little turtles), a few sharks and everything else seemed like small fish. I was looking forward to seeing bigger sea life such as more than one sea turtle or an octopus.
So we walked out of the aquarium very disappointed. Le sigh. Click here for our review. 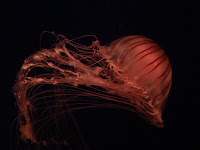 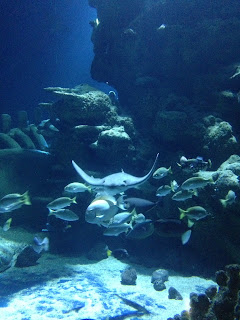 However, it’s all good because Doctor Who and Clos Maggiore are here to save the day!
I’ll leave you for a few hours as we watch Doctor Who, then head out for our “fancy night” at Clos Maggiore. Until then, cheers!

We’re back from Clos Maggiore and man was it delicious!
First things first though, Doctor Who … can’t really say much about it, but such a great episode. So sorry for those who won’t be able to watch it for a couple days. :P 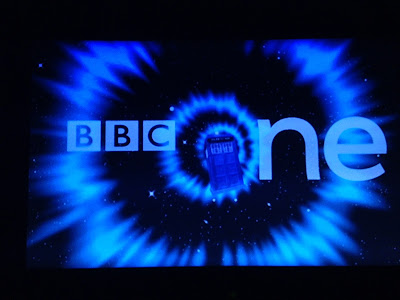 On to Clos Maggiore. The atmosphere was very nice and the food was so yummy. We weren’t seated in the room with the fireplaces and ivy, but the room we were in was very nice. Clos Maggiore was a French restaurant and I’m surprised with how well we understand the servers … We might just survive Paris. 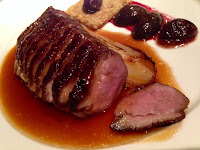 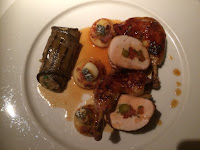 This was one of the places Matthew was really concerned about when it came to filling him up. However, even though they had small portion sizes, he said his was dense, so it filled him up nicely. Mine did the same. Click here for our review.

Sadly, we only have a few more days left here in London. Matthew is already threatening that he isn’t be coming home.
“Why, Sir, you find no man, at all intellectual, who is willing to leave London. No, Sir, when a man is tired of London, he is tired of life; for there is in London all that life can afford.” – Samuel Johnson, 1777
Visit CL3VER.life for updates and photos.
51.5073509-0.1277583